Pros and Cons of Spell Checkers

JobsForEditors June 20, 2018 For editors, For proofreaders, For writers 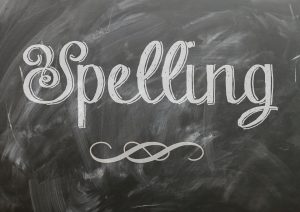 What’s pros and cons? Well, it is an abbreviation of the latin phrase pro et contra, which means to be for or against. In the case of spell checkers, there are quite a few. Though spell checkers are invaluable tools, one cannot rely on them solely for checking spelling. Below, there will be a pros and cons list for using a spell checker so you can get acquainted with the nuances of this tool. Within this list, grammar checkers will also be considered, as they are commonly linked within a spell checking program.

Most spell checkers have an automatic function whereby words will be marked in red or other colors when a word is spelled incorrectly (or at least the program believes it is spelled incorrectly). This means you do not have to think about spelling while you are writing. It’s convenient to let a computer do the work. And since it’s automatic, the rate at which it finds errors is incredibly fast, whereas with the human eye, the mistakes would not be so quickly found.

There are some mistakes programs will not pick up because they are not so common. For instance, some archaic and uncommon words are marked as incorrectly spelled when they are spelled correctly. This is because these words are not in the program’s database. Often, you have to add words and certain grammatical constructions to a database by doing a right click of the mouse, and selecting “add to dictionary.” These blunders by the program can appear more often within literary writing and scientific writing, as these types of writing use special terms that databases are not programmed to understand.

Dyslexia, or the condition of regularly writing words and phrases in an incorrect order, is widespread. With the assistance of spell checkers, dyslexic people can alleviate their disorder to a great degree. It is uncommon that computer programs can assist in eliminating a disorder, but this is one of the cases where they can be used in such a manner.

Since the advent of spell checkers, and the computer in general, writers have noted the difference between generations. Writers had to write perfectly on a typewriter, or else they would have to rewrite a text. This made writers disciplined and knowledgeable about spelling and word usage. However, with a spell checker, one writes without any thought of spelling and word usage correctness. This has made this generation of writers sloppy. In fact, writers can now be bad spellers and still come across as great. This complacency should be confronted if you are a writer, as there are many situations when you will need to know how to spell words correctly on paper and in other circumstances. Knowing the correct spelling of words also affords you with knowing more about etymology.

Some programs will highlight a word if it is used too often. The program is suggesting you to use a synonym to have more of a variety of vocabulary. This is an important aspect of writing, as when we use a word too often, readers will drag on this word and be distracted from the content. Also, it shows to readers that your vocabulary is limited and therefore, you are not that proficient of a writer. Not all programs will have this function, but some will.

There are many English languages. There is English from the US, the UK, Canada, New Zealand, and more. Each place has different rules for spelling, punctuation, and word usage. So, you have to be wary to check the settings so the program will not mark your words as incorrect based on regional differences. Also, some spell checkers are not updated with modern spelling, and the most current spelling might not have been inputted. In addition, this also points back to words that are archaic and rare being marked as errors.

Pro: Free most of the time

Spell checkers usually come with word processing software for free, whether it be for Microsoft Word, Google Docs, or Libreoffice. In fact, it is difficult to find a spell checker you would have to pay for. Grammar checkers, which are often more sophisticated, sometimes require payment to be used. However, there are plenty of free spelling and grammar checkers online you can use (even though they sometimes have word count restrictions).

Con: You have to be good at spelling to use them effectively

Though a spell checker automatically marks misspelled words, you need to be proficient in spelling in order to catch the program’s mistakes. Sometimes these mistakes have to do with word usage, like “he” instead of “the.” The program won’t mark “he” as it is spelled correctly, but in the case of a sentence, it doesn’t make sense. And like what has been stated before, spell checkers will incorrectly mark archaic and rare words, even if they are spelled incorrectly. So, you should know the spelling of each word you use despite having a spell checker. A spell checker’s main purpose is to catch what you did not see in your drafts.

You can learn a great deal about spelling if you pay attention to what a spell checker marks and how corrections are made. Some people have a serious problem with spelling, and spell checkers can be learning tools for them. This takes concentration and time, however, and not all students want to commit to trying to understand how words are spelled. But with a little bit of work each time you write a document, you can learn more and more about spelling.

Con: Dangerous for the unattentive

Sometimes, students will use spell checking software and think everything is corrected. As we know, this is not the case due to the many nuances that spell checkers cannot pick up on. So, for attentive writers (usually students), spell checkers can provide a dangerous sense of assurance. This is why it is important to give your full attention when correcting an essay (for instance, a pros and cons essay) or other types of papers.

If used as a tool, and not a means to an end, a spell checker can substantially improve the accuracy of a document. This implies that the writer is ready to check the corrections of the program and to not be complacent. Spell checkers can inform you about your own accuracy, and you can also increase the accuracy of spell checkers by adding words to its database, such as rare and archaic words. Just remember to use it as a tool, and nothing more.

Homonyms are words that are spelled or pronounced the same way, but are used in a different context or have a different meaning. “There” and “their” is a common example of a homonym. Spell checkers (and even grammar checkers) will not pick up these errors most of the time. Having a human eye looking over text is most important, and this is one of the reasons why. Though it seems like a small issue, they appear more often than you might think.

Because spell checkers are automatic, they can save a writer a considerable amount of time while editing. Instead of having a person look over your spelling mistakes for you, or doing it yourself, a spell checking program can finish its work within seconds. This does not mean the work is done; however, it does mean you can achieve more accuracy faster.

Compound words are two words put together to form a new word by the use of a hyphen or being mashed together. For example, “snowdrop,” or “snowflake.” Spell checkers will not pick up if you used compound words incorrectly or correctly, if there is a confusion. Compound words are fairly common, so having that human touch is needed in order to spot errors with compound words.

Most spell checkers have a “find and replace” function, where it automatically changes a bunch of words into other words. This is particularly useful if you want to change the consistency of how a word was used in a document. If one didn’t have a chance to use this function, it could be a tedious process to look at how a word was used in certain ways throughout a document. It would involve memory and maybe even notetaking. But with a spell checker, this process can be done almost instantaneously. Consistency within documents is key not only in terms of style, but also in a technical sense to create a standard for the document.

As you may have noticed, there are many pros and cons to using a spell checker. However, the essential thing to remember is that a spell checker is just a tool, and not a means to end. It is a guiding hand in the proofreading process, and will not finish this stage for you. Therefore, spell checkers, combined with the human eye, can increase the accuracy and quality of writing.