Figures of Speech That We Never Heard About in School

JobsForEditors June 19, 2018 For academic writers, For editors, For translators, For writers 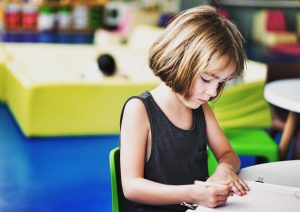 Within the list will also be figure of speech examples:

According to ThoughtCo, “Zeugma is a rhetorical term for the use of a word to modify or govern two or more words although its use may be grammatically or logically correct with only one” (Nordquist, Richard). Here is an example of a zeugma: “We were partners, not soul mates, two separate people who happened to be sharing a menu and a life” (Amy Tan). This figure of speech is often made accidentally, and sometimes seen as a fault. In a zeugma, items and/or actions in a list may not be parallel: “I wore a beaver-fur hat, striped pants, and a shiny gun.” A gun is not usually associated with the verb “wore”; therefore, this can be seen as a zeugma. This term is often confused with “syllepsis,” and some academics say that zeugma should be used in place of it since it is used more often and that the distinction between them cannot be made. Sometimes, a figure of speech definition can be cloudy. Though these two terms have been used interchangeably, some say a syllepsis does not come as an error, whereas a zeugma can appear as a mistake.

This type of figure of speech is used more often than we might think. Richard Nordquist, a writer from ThoughtCo, explains this figure of speech: “Accismus is a rhetorical term for coyness: a form of irony in which a person feigns a lack of interest in something that he or she actually desires” (“You’re Probably Not Interested in Accismus”). A common example of this term is in the phrase, “You shouldn’t have,” when we are excited about what is being given to us or done to us. Accismus can demonstrate humility. An example of this is needing to practice language that denotes humbleness when offered a position or congratulations: “Oh, it was nothing.” In ages past, the use of accismus was seen as a key characteristic of women, as it was often the case that women were supposed to be modest.

Mignon Fogarty, or the Grammar Girl, states that, “Anaphora means starting two or more sentences, phrases, or verses with the same word or words. Anaphora means your words will sound repetitive, but don’t let that stop you from using it. That’s the point of anaphora. That’s why it’s convincing. That’s why it’s effective. That’s why it’s powerful” (Quick and Dirty Tips). As you can see, Fogarty used an anaphora in her explanation of this term. This figure of speech is a memorable way of composing lines in a song or in an advertisement. Through the simplicity of this figure of speech, statements can easily stick in our heads. For example, Sony’s motto is, “Choose Sony. Choose Wisely.” The word “choose” is repeated and is able to stay in our minds longer by its repetition.

According to ThoughtCo, “Paronomasia is a rhetorical term for punning, playing with words. Also called agnominatio. The term paronomasia is sometimes used more loosely to describe a combination of words that are similar in sound” (“Fun With Punning With Paronomasia”). A funny example is: “A good farmer is nothing more nor less than a handyman with a sense of humus” (E.B. White). Generally, this figure of speech is used in a playful, humorous way. Wolfgang G. Müller, in The Motivated Sign, said that, “The point of paronomasia is that a mere accidental phonetic relationship assumes the appearance of a semantic relationship.” But basically, paronomasia is playing around with words and their meanings and contexts.

To create a sharp contrast, an antithesis is used often in advertisements and texts for teaching. From the Bible, we got, “Many are called—few are chosen.” An antithesis effectively showcases a contrast that balances out. Another famous example is from Alexander Pope: “To err is human—to forgive, divine.” The word “antithesis” is often used in speech and writing as well: “That is the antithesis of nice.” Using an antithesis usually makes a phrase or an idea more memorable and effective.

Hypocrisis is a form of parody where one mimics or exaggerates someone else’s speech patterns. It is employed commonly by politicians, debaters, or argumentative people. In terms of rhetoric, it is the type of voice quality and control you have within court sessions. Within plays and other creative works, you can see characters having dialog akin to others in order to mock or poke fun at other characters. Though this figure of speech is not so prominent in writing, it is prevalent in speech (“What Is Hypocrisis in Rhetoric?”).

Many poets could claim to use this figure of speech. It is purposeful obscurity designed for readers or an audience. Instead of clarifying something, a paradox or a type of riddle would be given. Say someone asks, “what time is it?” and someone answers, “There’s no time like the present.” Or, someone asks “how are you?” and you answer with, “I am a clouded bum of the new age.” If you want to sound mysterious, or simply don’t want to engage in simple talk, using a skotison can be a preferred figure of speech (What Does Skotison Mean?).

Mignon Fogarty lays down the definition of a chiasmus well: “When Squiggly says to Aardvark ‘When the going gets tough, the tough get going’ he’s using antithesis, but he’s using a special type called chiasmus. Chiasmus puts parallel phrases in reverse order to make a point” (“Quick and Dirty Tips”). Once again, this type of figure of speech features strongly in advertising and selling products in general. As you can see, repetition is the foundation of many advertising slogans.

Richard Nordquist explains that the “Epimone (pronounced eh-PIM-o-nee) is a rhetorical term for the frequent repetition of a phrase or question; dwelling on a point. Also known as perseverantia, leitmotif, and refrain” (“Dwelling on Epimone in Rhetoric”). Here’s an example from James Joyce’s Ulysses: “All his brains are in the nape of his neck, Simon Dedalus says. Welts of flesh behind on him. Fat folds of neck, fat, neck, fat, neck.” Shakespeare was fond of this technique as well: “Who is here so base that would be a bondman? If any, speak; for him I have offended. Who is here so rude that would not be a Roman? If any speak; for him have I offended” (Brutus in William Shakespeare’s Julius Caesar, Act 3, scene 2). It can be considered one of the common figures of speech, though it is not learned about in school often. Sometimes rare figures of speech come across unconsciously in our speech.

This is the case when a word or phrase replaces another word of phrase, even though the meaning might not be exactly correct. A usual example is calling the financial industry “Wall Street,” even though that’s not it’s official name or accurate. There is always a reason behind metonymies, and for the example I gave, the financial industry in the US was on and near a street called “Wall Street.” Metonymies usually come about through cultural adaptation and innovation. We use this figure of speech commonly without considering nuances. This means that figures of speech such as the metonymy are ingrained in our speech since an early age (“Quick and Dirty Tips”).

These ten figures of speech are rare; however, this is only the tip of iceberg when it comes to listing strange figures of speech. There are many more that could be mentioned, but these are perhaps the most interesting and useful to know. Whether you are writing your next play, giving a speech, or doing literary analysis, knowing these terms and their examples can be advantageous. Knowing more figures of speech means understanding more of the tricks a language has for writers to use.