Connotation and Denotation. What Is the Difference? 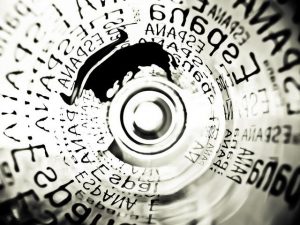 The basic difference between denotation and connotation is that denotation is the literal meaning of a word, whereas connotation represents what associations are made with a certain word. Connotation also deals with the diction of one’s writing. They are two essential methods to describe words and to use them in various types of writing, especially creative writing. There are many examples of literal meaning versus associations. This is why it is important to know the nuances between different synonyms, as their connotative meanings can vary widely. Rarely is a word neutral in association—that is why, as an English language learner, you should study the connotations of each new word you learn. Connotations can either be positive, neutral, or negative. Knowing which connotations follow each word you use is key to understanding how to use a language properly. Without knowing the denotations and connotations of words, we cannot communicate correctly. In fact, you have to be wary of connotations, as you might infer something extremely negative when you wanted to infer something neutral or positive. Knowing what people say and also what they mean will give you a comprehensive knowledge of English.

Below, we will discuss some of the more important examples of the differences between denotation and connotation, and compose a connotation and denotation examples list that you can use in your study linguistics and of the English language in general.

Unsurprisingly, through the history of misogyny, there have been many more negative connotations for words relating to women than to men. Take the neutral word “woman” and then the word “chick.” If someone says “woman,” it can only have a negative connotation if coupled with other words, such as “hey woman, come over here.” In the case of “chick,” it is almost always disrespectful and even derogatory. Men will say it between themselves, but not in the presence of women, usually. In relation to the male gender, “men” rarely have a negative connotation, and the counterpart of “chick,” “dude,” is never used with ill will. Curse words against women are also perceived as more painful than insults to men. I will not write the words here due to their sensitive nature, but it seems that women take the brunt of curses in English.

In poetry, the metaphor and simile is king. With both metaphor and simile, words and their connotations are essential to bring out symbolism, significance, and resonance. A metaphor is saying that one thing is another, such as “My face is now a thunder cloud in spring.” A simile is telling that something is akin to something else: “My bride’s arms are like the bare branches of an apple tree.” Beyond the juxtaposition of images and senses, words carry meaning in terms of association. In order to infer an array of emotions, sensations, moods, and settings, connotation through diction is used. You can say poetry is mostly about connotation and not denotation, as poetry is usually what is implied rather than what is written in a literal sense. Therefore, if you want to find connotation examples, poetry is full of them. To become a great writer of connotation, poetry should be practiced.

In the use of irony, words can have an opposite meaning. The denotation of a word is often flipped in meaning, which moves to connotation. There are a few types of irony: verbal irony, situational irony, and dramatic irony. Verbal irony means saying something contrary to what something means. It is playing with the contradiction between the literal and actual meaning. It might seem close to sarcasm, though sarcasm uses irony to make a burning joke that is commonly cruel, or said out of anger or frustration. Irony is expressed for a variety of reasons: to express humor in a sad situation, to see the sadness in a circumstance, and to point out a flaw in a situation or person. Moving onto dramatic irony, it is a case when a character in a play or another creative work says something ironic without the awareness of doing so. This creates a circumstance when the person saying the ironic statement becomes the focus of irony, rather than the statement itself. Lastly, situational irony is when a situation turns out differently than expected. An example would be rain on a wedding day that was supposed to be sunny. Some ironic statements have more connotations than others, but always there is some connotation of what was expected, and the contrary happening.

Sometimes called an overstatement, it is an exaggeration of a point someone is trying to make. Here you have an extension of the denotation, which creates a connotation. For example, you said that “my mother is fatter than a stadium.” That cannot be true, but it’s used to make someone feel the weight of one’s ideas and/or words. Hyperbole is usually a description of a person or situation. Another example would be, “I am hungrier than a third-world child who hasn’t eaten in days.” This is almost a politically-incorrect statement, but it does get across the severity of the person’s hunger, even if it’s most likely not true.

This is the opposite of a hyperbole. With an understatement, more is implied than what is written or said. So, it creates a connotation through the humble nature of the speaker. Say you won first prize in a karate tournament, and your friends asked you how you did, and you said, “I did fine,” this is an understatement. By the way, in social situations, it better to understate than to overstate.

A paradox is a statement that seems contradictory at first glance, but later can make sense upon reflection. An example of a paradox is saying “I always lie,” but then you have to think if the person is lying to you about always lying. Though a paradox might seem mostly based on denotation, it has subtle connotations that involve philosophy and critical thinking.

A pun is a fun play on words, and is a form of literary humor. Some countries enjoy using puns more than others, but they seem to be present in most cultures. A pun is a word that is strikingly similar to another word, creating a confusion of denotation and connotation. An example, “He is my son and Earth to me.” The word “son” sounds familiar to the word “sun,” and connected to the word “Earth.” With these clever connections, you can express certain feelings and humor. Another funny example of a pun is, “a steak pun is a rare medium well done,” which plays with the types of steak and steak puns themselves.

Some words carry more of a variety of connotations than others. While some words might have one or two connotations, there are words with more than three connotations. Also, the impact a word has in culture is another thing to consider. Take a word like “Christmas.” It has countless connotations, as the word and the experiences we have had on this holiday are deeply embedded in our memories. We can think of family, certain foods, presents, history being misrepresented, materialism, advertising, and much more. It is difficult to pinpoint if these connotations are more positive or negative, but it seems that in the case of “Christmas,” there are more positive connotations than negative ones. Let’s look at another complex word in terms of connotations: “evolution.” Though people might say that overall, “evolution” has positive connotations, it also has negative connotations when related to religious thought. On its positive side, “evolution” carries a sense of progress and looking forward, whereas on its negative side, it’s seen as hierasy. Talk about evolution has been a cornerstone of science, business, and technology for decades, and has infiltrated western culture. Textbooks and lectures on evolution often anger religious people as well, as in their opinion, the holy books do not prescribe this type of system of development. Probably, the most loaded word in English is the curse word or derogatory term for African Americans starting with the letter “n.” It will not be stated here, but I think you know the word. Words tied to slavery, oppression, hardships, and domination often have the most powerful and poignant connotations.

Some words may seem harmless for decades, but over time, they acquire new connotations. Take the word “colored” to describe African Americans. It is now considered a racist term, though it was seen as normal in the 1950s. There are good reasons behind this shift in thinking about certain words, especially when it concerns racism. These reasons should convince you that you should be vigilant to not use politically incorrect words, or words that are not socially acceptable in the present era. It does not matter if you think it is fine to use “retard,” and that political correctness has gone too far. If you say “retard” in almost all situations in public, heavy consequences will follow. By the way, instead of saying “retard,” you can say “mentally handicapped,” or another term without an intense negative connotation.