8 Tips to Finish Your Work on Time

JobsForEditors November 8, 2018 For academic writers, For copywriters, For editors, For proofreaders, For translators, For writers 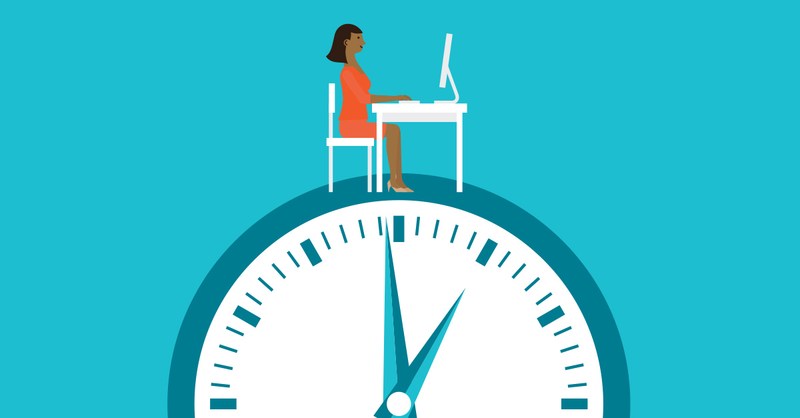 Getting distracted and can’t finish your work on time? “Stop it, or I’ll bury you alive in a box!”

That was a good old classic way of motivation that explains why we will avoid giving evident pieces of advice, life coach slogans, and links to time management books based on the just-do-it approach. Instead, we will try to provide you with a fuller understanding of what is going on with your productivity and why sometimes your performance might be not at the highest level.

There are some time management strategies that have proven themselves worthy and whose efficiency has been scientifically demonstrated:

“Describe bird by bird.” That is the ultimate time management definition by Anne Lamott. To split your working session the best way, use the Pomodoro technique. It will help you to make a good sequence of work and rest periods. This strategy was created by Francesco Cirillo in the late 1980s. It proposes you to use a timer during your work, making 25-minute working sessions, interspersed with 5-minute breaks.

The trick is, it is easier to get started if you know you have to work only for 25 minutes, and you are not obliged to complete the whole thing in one go. This technique fits into another piece of advice given by behavioral psychologists: spend 15 consecutive minutes to focus and get fully engaged in a task. Scientists say that afterwards, a flow starts. That is a so-called inspiration when you can turn off your timer, and enjoy being 5 times more productive than on average.

That is very important, as sometimes you can suffer from ego depletion. The term refers to the idea that willpower is a mental resource that can be exhausted. That is the main reason why New Year’s resolutions commonly don’t work. As a rule, there are too many of them, and all of them need one resource: your self-control.

Our recommendation is: don’t try to give up smoking, eating trash, binge-watching Netflix, and finishing a difficult task simultaneously. Distribute your will-consuming goals evenly through the year or a month. As a result, your objectives will be fulfilled quicker and more likely than if you were vying to complete all your goals—however SMART they were, during a short period of time. 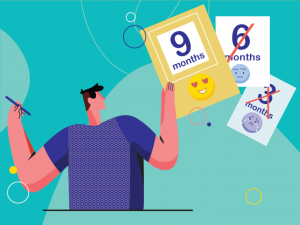 The inability to make realistic deadlines is a common problem. We all suffer from it, and the good thing is it happens not because we have no willpower, we are lazy or stupid (though, sometimes these are also reasons). The thing is all people tend to display an optimistic bias, constantly underestimating the time needed to fulfill a task. This phenomenon was first described by D. Kahneman in 1979 and was called the planning fallacy. After a series of studies and experiments, Dr. Kahneman found out that people always underestimate the time needed to fulfill an assignment. Even if they already had a similar task in the past, and it took them more time than they are predicting now.

4. Tie yourself to a must

Conclude an Ulysses pact. The name comes from a pact that Odysseus made with his people when getting close to the Sirens. He knew he would be unable to resist the Sirens’ singing, but he wanted to hear them anyway. That is why he tied himself to a mast and asked his people (who had put wax in their ears) not to let him go to the Sirens under any circumstances. Today, we refer to this story as a special type of agreement you make with yourself, recognizing your weaknesses, and deliberately binding yourself to have more chances to resist a temptation. 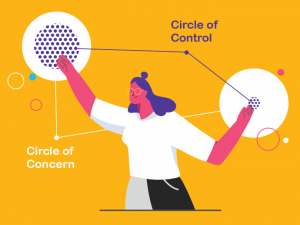 If you feel like a procrastinating hero of some time management meme, that is also not your fault. It’s just that unfortunately, Aldous Huxley was right, and a human being has an infinite appetite for distractions. Fortunately, there are some things you can do about it.

Understanding the difference between the Circle of Control and the Circle of Concern might be crucial for your productivity, if watching TV shows, reading crap, and listening to news about a country you don’t even live in are your guilty pleasures. The idea is taken from Steven Covey’s “7 habits of highly effective people” and it will help you to stay focused, get the information you really need, and make your life less stressful. Read the book if you want to write a time management essay your teacher will love.

Every day, you get loads of information. Too much, in fact. Most of it doesn’t mean anything to you and doesn’t influence your actions in any way. Next time, instead of scrolling through a friend’s photos from a vacation, google how to make a trip you are dreaming about $100 cheaper; instead of listening to bad news from far away, try to find out how you can help those who are closer to you. If you are interested in something that is barely connected with your specialization, try to become an expert in it. Otherwise, “just stop it”.

When consuming any type of information, deliberately or unwillingly, always remember what Oscar Wilde once said: “what you read when you don’t have to determines what you will be when you can’t help it.”

There is a problem with multitasking: it doesn’t work. Multitasking is about looking and feeling efficient, but it has nothing to do with being productive. Multitasking might seem safer than prioritizing, as when separating a major task, you give all your attention to it, and that can mean you will not have enough resources to complete something less important (but more interesting as a rule).

Multitasking is popular, as some people mix up productivity with tiredness. Be cautious about this too: if you decided to sacrifice hours of your sleep for a task, you will spend more time on your work after, as you are not productive when overtired (and Red Bull doesn’t give wings after you’re 35).

7. Sort out your priorities 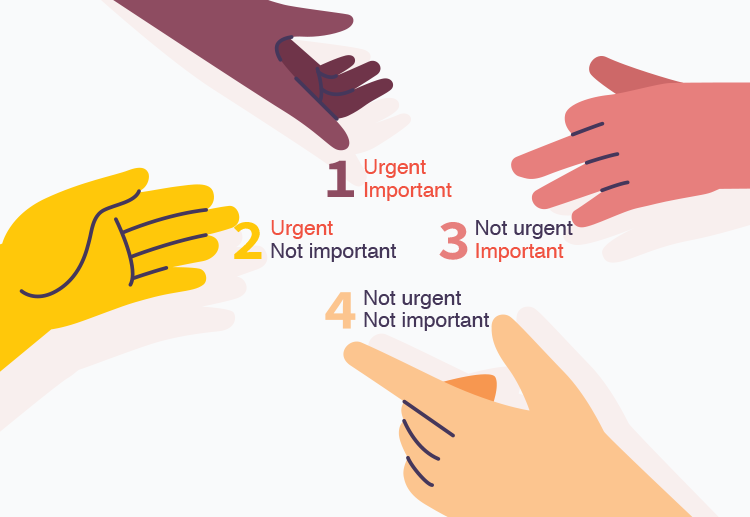 Even if you don’t want to do a task from the first category, still try to “eat a frog” in the morning. We assure you it will help you to breathe freely while completing other stuff afterward.

Also, remember that perfectionism is the enemy of productiveness. Your priority is to complete everything you want to do, instead of finishing one thing to perfection. When you have to do a lot in a short period of time, nobody expects perfection from you; as a rule, just “good enough” will do. We can use the Pareto principle here, by the way: you can complete 80% of a task in 20% of the time, and it is completing the last 20%, making it better—the best—perfect that takes you the other 80% of your time.

The good news is that once you start a task, you can’t get rid of it, and that is thanks to the Zeigarnik effect. It is an effect described by the Soviet psychologist Bluma Zeigarnik in 1927, which states that we remember things we haven’t completed and are willing to give these unfinished tasks a lot of energy, even when not directly working on them. An unfinished task makes us itch, jiggle, wiggle, and strive to complete it in order to move forward.

To wind this effect up, use a little tip: start before you feel ready, as you may never be ready.

Sun Tzu in his Art of War said: “know your enemy!” In this article, you got acquainted with a couple of psychological biases aka productivity demons. But the famous commander also said: “know yourself”, and that is something you should do on your own. These may be not the best time management books, but they will explain what the inner motives of your laziness, procrastination, and productivity are:

1. D. Kahneman “Thinking, fast & slow”
2. D.H. Pink “Drive: the surprising truth about what motivates us”
3. D. McRaney “You are not so smart”
4. K. McGonigal “The willpower instinct: how self-control works”
5. T.D. Wilson “Strangers to ourselves”