7 Simple Rules to Master the Use of Gerunds

JobsForEditors November 8, 2018 For editors, For proofreaders, For translators 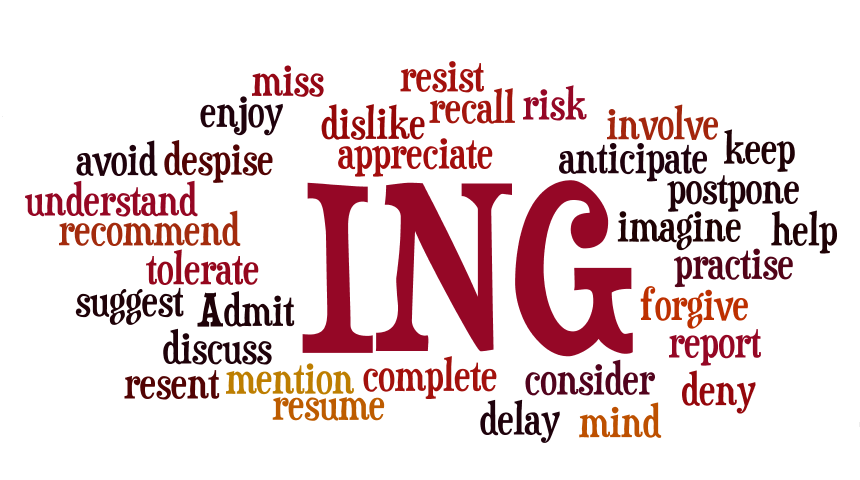 Let’s start with the definition of a gerund. It is a verbal noun; its functions in a sentence are the same as that of a noun. Gerunds are formed by adding “ing” to a verb.

Sometimes it can be problematic to spot a gerund in a sentence or to use it correctly. In the next paragraphs, we will demonstrate how to use a gerund, and how not to mix it up with a present participle and an infinitive. We will show some examples, and will provide two useful charts. If you know how to use and where to put a gerund, just scroll through our explanations, and go directly to 7 simple ways to master the use of gerunds.

1. e.g.: Asking him awkward questions is something journalists avoid doing.

In this sentence, we have several gerunds. The first one, “asking,” is the subject of the sentence. It is something you are talking about—the subject of your speech: the activity of asking awkward questions. (We will deal with this sentence later on to talk about the second gerund as well.)

Let’s parse this sentence. “She” is the subject. “Hates” is a verb. She has to hate something. And that something, an object, is “asking.” So, one of the common uses of the gerund is as an object of a sentence.

e.g.: Asking him awkward questions is something journalists avoid doing.

The second gerund is also an object here. The second part of our compound sentence is “journalists avoid doing.” “Journalists” is the subject, “avoid” is a verb, and “doing” is something that is avoided, an object.

3. e.g.: The main skill of a good interviewer is asking the right questions.

In this sentence, the subject is “The main skill,” “is” stands for a verb, while “asking” is NOT an object, as the subject doesn’t do anything to it. With the help of a gerund here, we give additional information about the subject; we are telling what is the main skill of a good interviewer—thus providing complementary information, and being a subject complement.

“I” is the subject, “saw” is a verb, and “him” is an object. And “asking for food” is complementary information about an object. Thus, a gerund can also be an object complement.

Exercise: We’ve changed the sentence a little. Does it still have a gerund in it?

I saw him near the gas station—he was asking for food.

5. e.g.: She got an answer after asking a question.

6. e.g.: Her constant asking for help is so annoying.

Take a look at another classification: it shows when to use gerunds

Let’s use this sentence as an example one more time.

e.g.: Asking him awkward questions is something journalists avoid doing.

1. We use a gerund when a verb is situated at the very beginning of a sentence.

There is an exception to this rule, though. You can also use an infinitive with “to” when putting a verb at the beginning of a sentence. That will do if you are a several-centuries-old poet. In other situations, it won’t.

2. The second gerund here, “doing” is used after the verb “avoid.” That is one more way to find out whether you should use a gerund. Look at what is situated to the left of your verb. The most common verbs we employ with gerunds are advice, avoid, dislike, enjoy, finish, keep, practice, quit, start, and suggest.

Remember, we promised you a chart. Here it is, a fuller list of verbs followed by gerunds:

(*) With “like” and “love” we can use both a gerund and an infinitive with “to,” because you can’t be wrong about liking or loving something.

e.g.: I like swimming. I love riding my bicycle.

I like to swim. I love to ride my bicycle.

3. In this part, we will combine two rules concerning the use of gerunds. We put gerunds after prepositions. We also use gerunds after phrasal verbs. The thing is each phrasal verb is composed of a verb and a preposition after it, though there are linguists who don’t like this kind of simplification. We do. To simplify the article even more, let’s use the example we had before:

e.g.: She got an answer after asking a question.

“After” is a preposition of time. We use a gerund after “after.”

e.g.: She gets used to shopping without counting money.

Exercise: Write a sentence with as many gerunds as possible. Explain what is the function of each of your gerunds.

So, you’ve managed to learn (or scrolled through, as we offered you at the beginning) all the rules concerning the use of the gerund.

But, maybe you still have some difficulties with it.

What can you do to improve your gerunds?

Especially authors with florid, flamboyant styles, like Jane Austen. She loved verbal nouns more than any other among English writers. John Galsworthy and Somerset Maugham make the complete top three.

Insert “gerund definition,” “list of gerunds,” or “gerunds examples” into the YouTube search field, and you will find plenty of short, concise, and sometimes brilliant tutorials.

It’s not only as fun as crossword puzzles, but very useful as well. When you’re not sure whether to use a gerund or not, ask yourself which function the word in a question performs in a sentence.

What stands to the left of the verb? Is there anything at all? Is there a verb of likes/dislikes before the gerund? Ask yourself these questions if you have doubts concerning the use of a gerund in a sentence.

– She is asking a question.

– Asking weird questions is her favorite type of activity.

The first one is a continuous verb. That means at the moment of speaking, she is in the process of putting forth a question. In the second sentence, we use a gerund, as it 1) performs the function of a subject and 2) is situated at the beginning of the sentence.

This can be tricky, as both a gerund and an infinitive can replace a noun, being an object of a verb.

These are the two most common ways to differentiate a gerund from an infinitive and to use both of them correctly.

The mafia hired him to do the job.

It is not as easy as we promised, but it works.

Sad, but true: you can’t master a thing without practice :/